Seychelles - an incredible holiday with the kids

Take the children to paradise!

SOCOTRA - an island forgotten in time

A playground for divers and anglers!

SÃO TOMÉ AND PRÍNCIPE – the search for Eden ends here!

Paradise at the end of the world.

Celebrate the New Year in the SEYCHELLES!

What a way to bring in the New Year!

An ANTARCTIC expedition and the fabulous Iguazu Falls

The great white continent and waterfalls!

WHERE SHOULD WE GO?

Our travel agency guarantees the luxury holidays of your dreams!

We love adventure. Travelling, exploring, the challenge of blazing new trails, these drive our passion for discovering the world's people, cultures, and natural wonders. We approach each experience with a mindfulness that opens us to every sensation, emotion, and gift of knowledge on offer. Being with nature and its humbling beauty are at our core.

We want to share our quest for the unknown, the different, and the untouched. Along the way guiding you with expertise and inspiring you with many travel tales from the strange to the amusing. And when mother nature triumphs or the local culture captivates, we know to fall silent... and let the moment speak for itself.

PAZOLA Travel & Adventure professionally design and prepare luxury trips, hosted by a passionate team with broad experience and extensive knowledge. Sun on the face, wind in the hair, and a broad smile, you’ll know you’re on the holiday of your life!

An underwater photographer and graduate of the Warsaw Academy of Photography. Fascinated by marine life, both small and large, is particularly fond of taking shark portraits!

Jakub’s diving journey began in 1992 when he gained instructor qualifications in the Maldives.

Loves animals and is an editing photographer for the magazine Perfect Diver.

A winner of the following competitions:

Underwater Photographer of the Year,

GDT European Photographer of the Year,

Ocean Geographic Pictures of the Year,


Our special agent. Fun and outgoing, the life and soul of the party, forever on the go. Occasionally slows down to take a moment, perhaps to enjoy her love for local cuisine, or engage those around her in stimulating discussion on all manner of topics. Easy going and down to earth Maja is a diver through and through, with many years of experience as both an instructor and owner of a large diving centre. Organises professional diving expeditions and has been connected with PAZOLA for several years. An art historian with a broad range of knowledge and interests; she will eagerly join you on your journey of discovery and fascinate you with details about the amazing places we visit. Often living out of a suitcase and following her passion for travel, Maja is a real `people person’ and says she’s inspired by those she meets along the way.


A master graduate in sports nutrition and supplementation from Wrocław’s University of Physical Education (oh, and a bodybuilding instructor!) As the daughter of an instructor, Iga has diving in her blood. She currently holds the CMAS four-star level qualification, and is our only tattooed dive guide! Has loads of experience in both recreational underwater exploration and as a guide for diving groups in both Poland and internationally. A travelling soul who likes to be on the move, continuously developing and seeking new challenges. In her spare time, Iga likes to hit the road on a motorbike. She’s even dipping her toes into the world of track racing!

Bartosz has a love for the Arctic and Antarctic with his film and photography focusing on winter, water mammals, marine reptiles and underwater river environments.

Author of the book “AntArtktya” published by National Geographic in 2014.

A member of many photographic expeditions, including Elysium - Shackleton’s Antarctic Visual Epic.


An underwater photographer and graduate of the Warsaw Academy of Photography. Fascinated by marine life, both small and large, is particularly fond of taking shark portraits!

Jakub’s diving journey began in 1992 when he gained instructor qualifications in the Maldives.

Loves animals and is an editing photographer for the magazine Perfect Diver.

A winner of the following competitions:

Underwater Photographer of the Year,

GDT European Photographer of the Year,

Ocean Geographic Pictures of the Year,


Sayed is one of the longest-serving members of the PAZOLA family. Despite the length of time with us, he still has the same youthful exuberance as the first Egyptian dive safari he led in 2007! Now heading up the team in Egypt, you’ll meet him on all our safaris to that area. A man you can count on in any situation, always calm, always professional. Very conscious of diver welfare underwater and very experienced - over 15,000 Red Sea dives. He’s visited every reef over 100 times! Sayed is a happy father of three children :)


Hamada has almost worked with us for as long as Sayed, and you’ll find him on nearly all our Egyptian safaris. A gentle character and a mature diver often sought out by beginners. Well renowned for his care and concern underwater. A laid-back guy, nothing’s a problem, always willing to help. Hamada is a man you want around both above and below water!


I was born into a family of yak farmers and my childhood memories are filled with magnificent mountains, furry animals, and wonderful nature, but also hard work, and the cold. I always knew I wanted to combine my life with tourism, so at the age of 16, I began work caring for horses as a trekking assistant. After graduating from school, I became a licensed English-speaking guide in the Kingdom of Bhutan. I take great pleasure in showing visitors the beauty of my country and bringing its culture and history closer. I have great respect for my homeland which has made me who I am. I’m proud of being Bhutanese and you too will fall in love with our wonderful Kingdom. Come visit! From PAZOLA.com: Sonam is our Bhutanese star. He has exceptional knowledge of his country, is caring, level-headed and calm. Always faces challenges with a smile on his face. Our clients invariably come back from Bhutan delighted with his service!


A lawyer by education but the lure of food and travel was too great, his passions won out and instead of finding himself behind a desk he finds himself trotting the globe in search of his next adventure fix. A diving instructor for more than a dozen years, he has an open mind that's hungry to learn about new places and chase new experiences. Comfortable finding his way around a kitchen, he is forever searching for new flavours and culinary inspiration from the farthest corners of the earth. With pleasure will roll up his sleeves and cook up a feast for everyone! Favourite dish - fried stonefish, feels best - in the Raja Ampat Islands, hobby - a passionate motorcyclist who loves the wind in his hair. Michał's philosophy in life can be summed up: I can't do it? Hold my drink, I'll show you!


A geologist by profession and traveller by passion. Bartosz is an experienced diver, gaining his instructor experience in numerous centres including the Canary Islands, Norway and Sardinia. You’ll find him getting by in either Polish, English, Italian, Spanish or Portuguese! During his free time, Bartosz likes to plunge into Polish lakes and admire their beautiful green surroundings. He enjoys exploring caves on foot and finding places within them to dive. It’s unusual to see him without a camera - ready to capture those interesting and unique moments. A glass half full man, with a beaming smile!


Dom has started his scuba diving adventure in the cold waters of the Baltic Sea at an early age of nine. Nowadays, he is a global nomad who enjoys soaking up the sun, exploring new destinations and diving whenever it is possible. On the never-ending quest for the unknown, the different, and the untouched. Travel professional with over two decades of experience within the airlines and tour operating industry. His passion for travel and underwater explorations, as well as a constant drive to promote his beloved sport, landed him as a partner at a Copenhagen based publisher of scuba diving magazines. Dom feels at home almost everywhere as he has spent a vast amount of time travelling the world. So far, he has visited over seventy countries and territories, and became an expert on diving in South East Asia and the Far East where he has made his previous, longer than usual “stopovers”. Just recently he has decided to settle down in Aqaba, the sunniest corner of the Red Sea.
His guilty pleasures involve a good book, world cinema and strolling side streets and dark alleys of big cities with his camera.
Bump into him somewhere out there... under the sun, out in the sea, on a boat, or most likely - just underneath it!


A passionate foodie, willing to devour almost anything! Has merged his love for globe-trotting with running a successful and unique travel company since 2000. A highly experienced diving instructor with over 8,000 dives, and well over 300 expeditions and diving safaris all over the world to his name. A true explorer who has discovered new diving sites including the Polish Window in the Bligh Waters of Fiji, the Polish Reef in Western Papua, the Polish Bommies in New Guinea, and the Polish Fingers in the Saudi Arabian Red Sea. A Galapagos expert after conducting a staggering 19 trips to the famous and beautiful islands in the Pacific. Piotr combines his love of diving with his love of photography, both on and under the water. He is the creator of the first 3D, animated, multimedia underwater guide to the Red Sea. This man of the world, despite his roaming nature, has lived 6 years in the United Kingdom and 12 years in Egypt. Oh, and he speaks 5 languages too. Feels at home anywhere, from Alice Springs, Hobart or Mammoth Lakes, to Luang Prabang, Cusco or Pohnpei. And during his free time… well, he travels and plans new expeditions to offer the world, of course!

SEE WHAT AWAITS YOU!
BELOW YOU WILL FIND GALLERIES FROM OUR PAST TRIPS
ABU DHABI

INCENTIVE is our offering to individuals and companies who want to organise a unique group experience on a luxury trip. If your company is looking for something unusual and engaging, whether it be training, team building or motivational, then INCENTIVE is for you!

VIP is our offering for the most demanding clients. All trips are customised using our many years of knowledge gained in the tourism industry. We place great importance on care and attention to ensure our clients experience an exclusive trip.

We have organised and guided countless excursions including 18 times to the renowned and unique Galapagos Islands.

We strive to meet the most sophisticated requests. Our in-depth knowledge of each location and experience with other groups allows us to advise on where to go and where not to go.

An exotic, luxurious, and tailored trip of a lifetime – exclusively with us.

The azure waters of paradise!

Safety and convenience: our satellite phone uses the Iridium network which is available at all times in all places when travelling out of GSM network range. Outgoing calls cost USD 3/min, regardless of location. Receiving calls is free. To contact an expedition member when they are out of GSM range, or because of time differences, we recommend sending a message at no cost from https://messaging.iridium.com/. The Iridium network phone number to use is: +881622490130. Please provide the name and surname of the recipient so the group leader can pass the message on. A message can also be sent to group members through our staff in Poland. 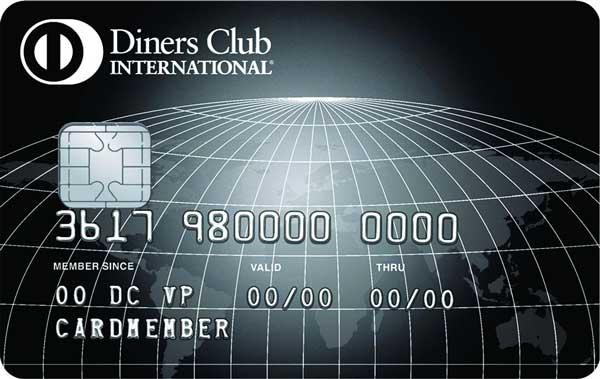 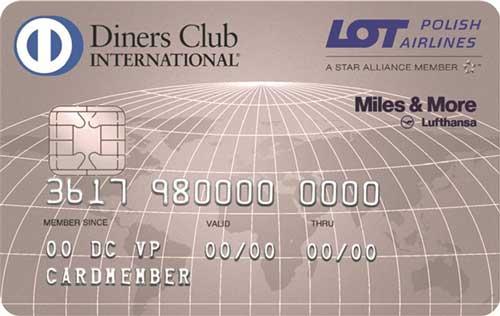